We have compiled BillShark reviews from around the internet. These include BillShark Reviews from the Better Business Bureau, Google Reviews, and Consumer Affairs.

Two of my bills were so high. One of them was my internet and cable bill and another one was my cell phone bill. I was doing a Google search and saw BillShark listed. I signed up for it and told them a couple of the bills. I wasn’t happy with BillShark changing one of the plans on my cellphone, but it was what I would have ended up doing myself which was more frustrating. I could have saved money on that because with BillShark I have to pay either 30% or $40% of how much over they’ve saved me. BillShark was good to use for the internet and cable bill, but not for the cell phone bill.

I tried using BillShark for my internet bill. When I did it initially, I didn’t realize that they were going to go on and do it, and then charge me for it. So, I wasn’t too happy about that. There was no clarity. Normally when I go online and buy something, I know what I’m buying. But with BillShark, it was very unclear. My impression was that if I submitted a bill, then they would review it and get back to me and let me know how much they could save. Then I would make a decision whether I could do it, as opposed to, “Here’s a bill.” And then, they go and do it. They charged me for about $120.

I had a supervisor reach out because I was surprised that I was charged at that time. He gave me a list and said they couldn’t do anything after they’ve traded the bill. Nothing was going to happen unless I canceled. Then, I sent a cancellation form proving that I canceled it. I wouldn’t recommend them. They could be good, but one has to be be careful.

Easy to use and surprisingly fast service. The turnaround time was amazing! They had results for us the next day. BILLSHARK ended up saving us $135 after their commission fees. The 50% commission is a little high in my opinion. I would be more comfortable with 20% given the amount of work required to negotiate with service providers. I’ve negotiated better rates for myself many times over the years, with many service providers, and it is little more than a 5 minute phone call in most cases. 50% commission is a high price to pay for so little work. But not everyone has the knowledge to negotiate themselves, so this may be very worthwhile for some people who are less savvy.
Sam

Jeff
They got my cable bill reduced without entering or extending a contract.
it took about a month before anything happened.
Kali

I enlisted the services of Billshark for help reducing our Verizon bill and our ******************* bill. They successfully did that, but I have serious objections to the way they charged me. In each case, they invoiced me for the savings AFTER they sucked the amount they were due out of my checking account. My objection is for the way they do this. I keep my checking account pretty lean, especially at the end of the month, and since both withdrawals were taken at the very end of the month, I was several hundred dollars overdrawn both times. If they had notified me even several days in advance of the withdrawal, I could have planned accordingly.

It was super easy to work with BillShark. I just uploaded the bills that I had concerns about and then someone negotiated for me. Once it was negotiated, they got back with me and let me know what I would pay per month. It was really simple. It was affordable too. Plus, they treat you with professionalism. They did an amazing job and I will add some more bills. I definitely would advise a friend to use BillShark. Check them out if you have some bills that could be negotiated and something that you may not have time for.

Emily
All I had to do was submit a bill and they saved me $12 per month on just one bill. I highly recommend it!
Christine

I know BILLSHARK’s founder, and I was definitely intrigued by its platform and its uniqueness in the industry. It was very easy to get into the program. I gave them four bills and they negotiated every single one of them, so it was a very good experience. Their representatives are very friendly and they explained what’s going to happen on my bills. And then, they followed right up and I got a flurry of emails right away. It was almost like a fun experience as well.

You might actually lose money. They negotiated my bill for $3/month lower “for a year” they told me. That’s savings of $36 and they take 40%. So they charged me $14.40. The only problem is that this promotional rate was only good for 4 months and afterward my bill increased by $23/month. So I only actually saved $12, which means I actually paid bill shark $2.40 to increase my bill $20/month. Thanks bill shark!

I had a good experience with BillShark and it was hassle-free. My family recommended them for my cable and phone bill issues, and they’re easy to work with. I uploaded my cable bill then they contacted me and said that someone was working on it. Then they contacted me back after a couple of days and said it was fixed. They lowered my bills. Everything was done by email and they were responsive. It was not just a general email, it was to a specific person. So, that made it easy. I liked the human nature about it as opposed to the computerized stuff. It was a good process and I have recommend BillShark to other people. It was perfect for what I needed.

We do not currently have a financial relationship with BillShark, although we do with some of their competitors. 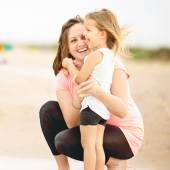